About the company -
values and history 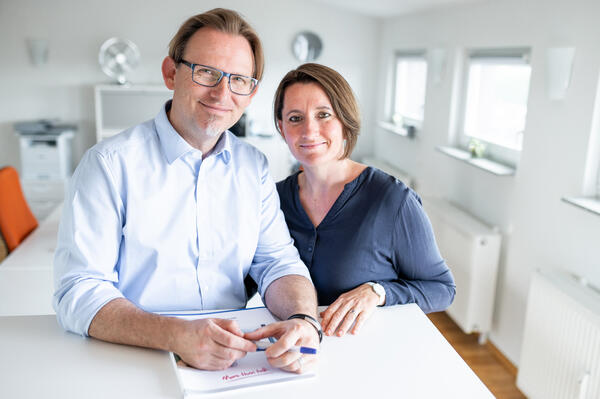 cXc | crossXculture trainers work on the basis of a generous participation scheme which we call Fair-Share. By adhering to this principle, which we have been applying since 2005, we ensure that you are awarded with the most capable trainers in the industry, and that you always receive high-quality instruction.

The following graphics illustrate the difference to conventional language schools in direct comparison. You will notice the advantages of the cXc | crossXculture Fair-Share principle at a glance. In the standard calculation, there is literally not enough space to even write the word 'skills'.

We look forward to demonstrating to you what Fair-Share will mean for your in-house lessons. The below customer feedback already confirms today that fairness finds its reward in the heart’s content, e.g. of our course participants.

Be sure to profit from the multiple advantages that crossXculture has to offer:

We help you find the group size and course duration that best fits your training goals. And if your requirements should change with time, our flexible course formats are instantly ready to change along with you, so that your language course will continue to bring you the joy you expect.

Here is what students say about crossXculture in-company and in-house language courses:

crossXculture language course participants are given the opportunity to provide their course feedback online. The online form consists of 12 questions which allow participants to critically access relevant aspects of their course. Additionally, the questionnaire offers room for a personal comments and suggestions.

The online forms are then evaluated automatically and anonymously. The collected results are made available to customers and trainers for the sake of maintaining quality and transparency.

The following evaluation is based on the calculated averages in the categories:

The calculation takes into account feedback from 1350 participants. The most recent form was submitted 16.11.2022 .

1. How was the overall impression of the course?

2. What did you think of your trainer?

3. Did you get to practice all language skills?

4. Were you happy with the course contents?

What are the values we stand for?

Successful language courses result from the fruitful interaction between student and trainer. This everyday interaction is the continuous source of inspiration that so often culminates in a learner’s success. Since the very start of crossXculture, in January 2005, we have given this interaction our utmost attention. Here is what makes us so effective:

Our hands-on courses offer lots of room for personal flexibility without the risk of losing track of your goals. You can easily adapt your course contents, the number of weekly appointments, as well as the course duration to suit your changing business needs.

For courses that are enjoyable to attend week to week, and for goals that you can reach with comfort.

Our modern back office provides current information on your courses, bookings and payments. Thanks to our end-to-end data management, you will benefit from a host of convenient functions, such as 1-Click Mail for course notifications.

By logging on to our network, you can easily send e-mails to notify individuals or groups of room or schedule changes, write and share notes on individual participants, print copies of all invoices, get access to training statistics, follow a participant’s personal training history, etc. And because all courses close automatically when reaching their limit, you are always right on budget.

Our experienced trainers love to share their knowledge with you. With crossXculture’s Fair-Share System you can be sure that your valuable training fees mostly benefit the quality and equipment of your language course.

Having been raised both in Frankfurt and New York, Karsten grew up bilingual in German and English and holds an M.A. in English Language, Literature and Philosophy studies.

Unable to find a single well-paid job for freelance language trainers when searching the German job market for freelance trainer vacancies, Karsten ultimately decided to help close this gap. He set up cXc | crossXculture, a school dedicated to providing well-paid jobs to qualified and experienced trainers.

The company has been designed to have low overhead costs and has therefore been able to continuously channel two thirds of its income directly to its qualified training staff. This has had a noticeably positive effect on the quality and stability of its relationships with both trainers and customers.

Today, cXc | crossXculture teaches more than 700 students in 150 language courses in companies and homes throughout Germany and offers a potential of 26 languages with a growing database of over 1000 qualified trainers to date.

Due to its beneficial nature to both its trainers and students, the company has been able to spread a truly positive message that is also reflected in its defining slogan: ‘Good news for you.’

cXc | crossXculture
Good news for you. 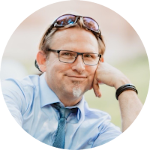 Maintaining a fair balance of give and take, since 2005.

How great is our joy when we are given freely by others. At crossXculture, we use the power of giving to bring people together in class and get them excited about learning together. We provide our trainers with fair conditions all around so that they can dedicate their full attention to their students.

Since 2005, the fair balance of give and take has been an important concern for us and the reason why we especially celebrate Christmas as the 'Festival of Giving'. Below you will find a whole decade’s worth of our Christmas greetings to our clients, trainers and students. The message is always the same: "Let's be present for each other. It's worth it." — Enjoy the read :-) 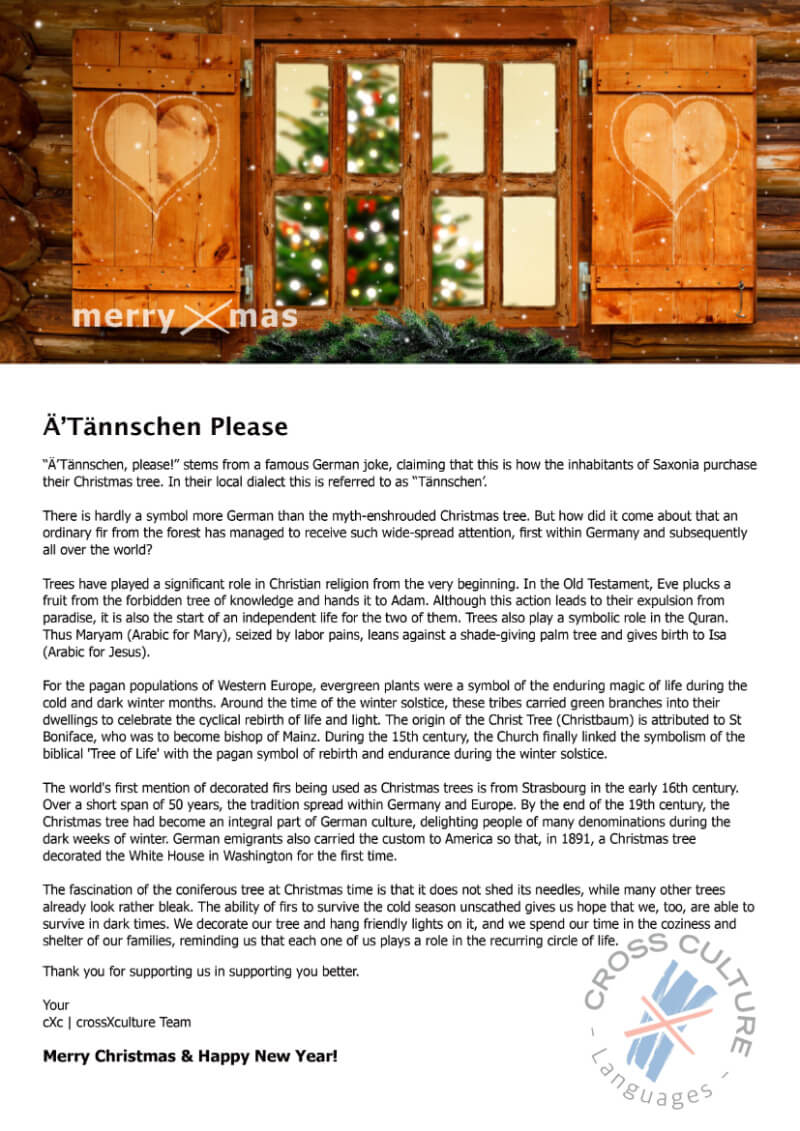